January is normally one of our quietest months of the year. Many members use this time of year to reset and refocus on the year ahead but this year it seems many of our agents powered through and in turn we produced our best January results ever.

January is typically a seasonal time and it is very difficult to put a judgement on supply and demand. But in our first month of 2021, we wrote a total of $4.15 billion in unconditional sales across Australia and New Zealand, up a staggering 43 per cent per cent on the year prior. In Australia alone, we recorded almost $3 billion in sales, up 49 per cent. Ray White Group across New Zealand saw a significant rise in property sales for January 2021. The overall volume lifted to just under $1 billion worth of sales, which is an increase of more than 50 per cent on the same time last year. 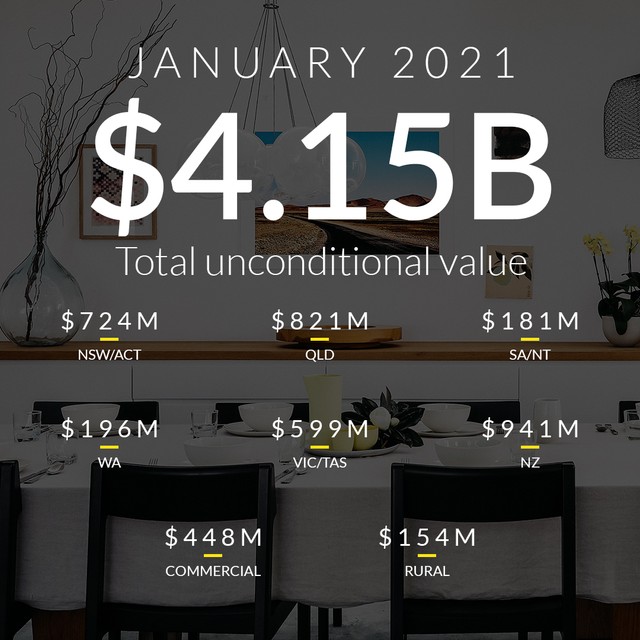 This huge increase in sales results in January occurred as the number of new listings eased slightly on the prior year but strong buyer demand resulted in an extremely high proportion of stock continuing to be sold.

Buyer activity has actually increased dramatically over January. Our first real auctions in recent weeks have produced some outstanding results. In January we saw a 50 per cent increase in the number of auctions booked to 625 with a clearance rate of 66 per cent nationally. Prices achieved under the hammer were on average 11.15 per cent higher than the highest offer pre auction.

On the Gold Coast, the Ray White Surfers Paradise Group kicked off 2021 in style with a campaign clearance rate of 79 per cent at The Event which showcased 116 residential and commercial properties for sale. Each January, The Event is held on the Glitter Strip during the most prolific selling period of the year. With some $35 million in sales value and more than 310 registered bidders, Ray White Surfers Paradise CEO and Chief Auctioneer Andrew Bell (pictured) described The Event as “the best ever.” We are very proud of that fact our total share of auctions across Australia and New Zealand has reached 25 per cent and we can confidently claim that we are the number one ranked competitor creator in Australasia. 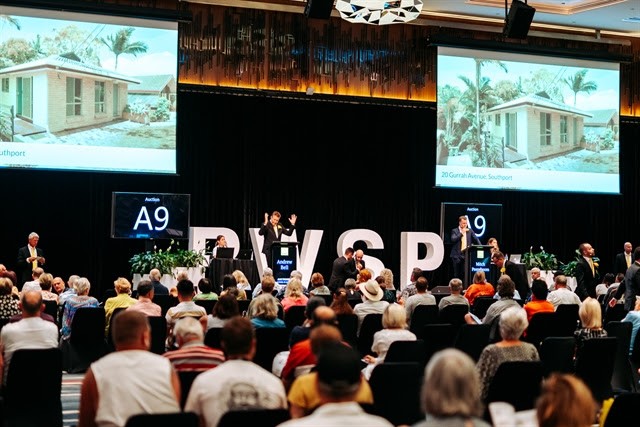 The year 2021 has kicked off with continuing gusto – record-breaking buyer metrics, such as loan pre-approvals, open for inspection numbers, registered auction bidders, online enquiries and so on. These metrics continue to give us confidence the current extraordinary momentum will endure well into 2021, especially as our central bank continues to forecast very low interest rates for at least the next three years. Naturally we’ll keep a watch on demand given our Federal Treasurer Josh Frydenberg has ruled out the possibility of an extension to JobKeeper beyond the end of March.

Continuing a trend that became evident early in the pandemic, demand for regional housing rose at more than twice the pace of the capital city markets in January. CoreLogic’s combined regionals values index was up 1.6 per cent over the month of January, while capital city values were 0.7 per cent higher. Since the onset of COVID-19 in March last year, regional housing values have surged 6.5% higher while capital city housing values are down -0.2% over the same time frame. The latest ABS data in fact shows that all the capital cities had a net loss of 11,200 people from internal migration, the largest quarterly net loss ever on record. A trend to keep an eye on. It comes as no surprise that demand for units diminished through COVID-19 amid record low levels of investor participation and changing lifestyle choices. And with demand and supply imbalanced we may see units continue to underperform relative to housing stock in 2021.

The February edition of Ray White Now will soon be released. The report generates real-time insights into the key metrics that underpin current activity, and in turn assist our customers in their decision making especially at a time when doomsday predictions from so many commentators dominated the media. Since launching last May, our Now publications have been viewed 400,000 times. Our real time data insights are poised to become even more valuable in 2021 and beyond.

Meanwhile the results from Loan Market in January offer yet another promising sign for 2021. The leading broker network booked $1.4 billion in lodgements, $1.2 billion in approvals and a massive $1.12 billion in settlements. The insights from Loan Market have been crucial in building our confidence in the underlying strength of our real estate markets, which we communicate in Ray White Now