Ballarat House Prices Up 5.4% Over 12 Months

Ballarat’s house prices have increased by 5.4% over the last 12 months according to figures released by the Real Estate Institute of Victoria for the June Quarter 2015.

The desire for space has driven growth in the price of larger homes in regional Victoria in the year to June 30. 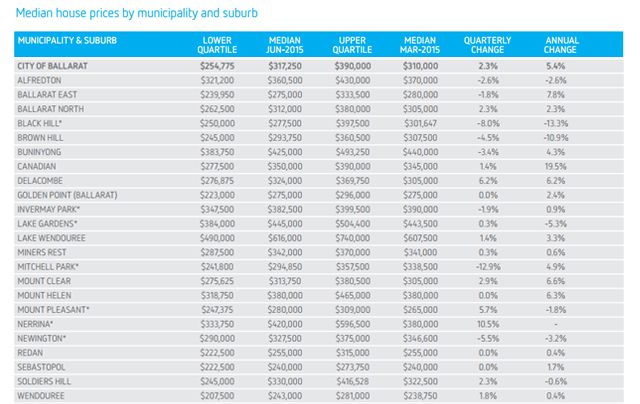 The majority of these regional centres benefit from their location – either on the coast or surrounded by natural forest, yet still relatively close to Melbourne.

Regional Victoria is also home to the state’s most affordable locations, especially for three-bedroom homes.

The data, available free on our website reiv.com.au, offers valuable comparisons for buyers because it provides further analysis of median prices for homes across the state.

* Indicates that less than 50 sales were recorded during the 12 month period
Source: REIV