Victoria’s vacancy rate fell to 2.8 per cent in June 2016. The weekly median rent for houses in metropolitan Melbourne remained at $401 per week in June although rents in middle Melbourne rose to $415 per week. 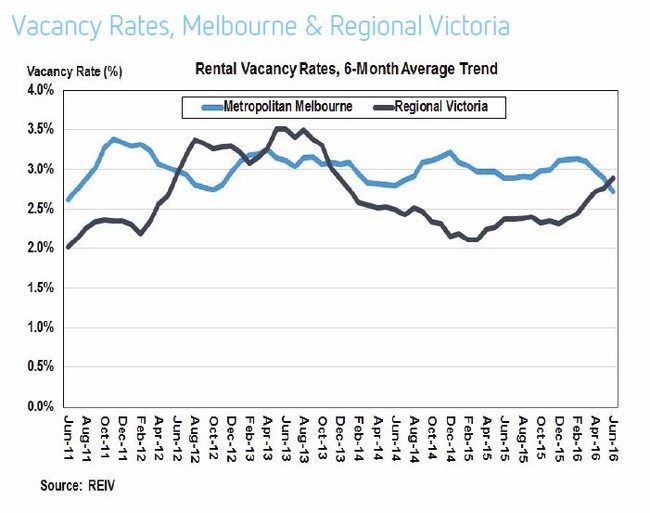