As is customary, the new financial year has kicked off in a more subdued manner. After the big run we had in June, our total monthly sales in July were $3.7 billion, some $730 million less than last month. But still the result was $412 million higher than July 2016, which we all know was a quieter month considering the Australian Federal Election held then.

We think we are starting to see growing evidence that market growth is easing, but trends are difficult to find with figures appearing quite volatile on a monthly basis. Our market share is steady at 10.3 per cent year on year.

While stock continues to be extremely tight in some markets, overall new listings are up 7.7 per cent year on year. Ray White held 2117 auctions across the group in July, which is up 42.8 per cent year on year. Clearance rates remain high and demand continues to outweigh supply in many areas, with the exception of WA which remains buyer’s market. We believe opportunity exists for potential sellers now if they are looking to achieve a premium price in tight listing conditions with the right marketing and competition created.

In terms of the detail, the powerhouse state of NSW reported $1.113 billion in gross sales, which was in fact 24 percent higher year on year. NSW Blue booked $436 million, NSW Metro reported $355 million and NSW Regional was up fractionally year on year at $292 million.

But the standout of all our markets was Victoria which came in at $670 million to book its best July ever. Year on year sales in July in Victoria shot up a whopping 52 per cent. 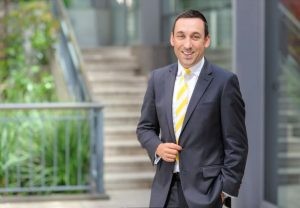 Queensland posted a 10 per cent rise at $727 million while WA reported $74 million, with many of our members noting that they successfully negotiated transactions at prices rejected by vendors three or four months earlier, indicating that prices may be stabilising. SA again logged a solid result at $104 million.

New Zealand reported lower than expected figures of $612 million. New Zealand chief executive Carey Smith (pictured below) says the continuing restrictions on loan valuation ratios, enforcing an increased threshold for deposits, have dampened the investment market. July is a traditionally quiet month but on the bright side, interest rates remain low in New Zealand and immigration continues to be at a high level.

An election lull may also have an impact as the national New Zealand poll has been called for September 23 and recent political leadership changes has caused some uncertainty in the broader economy.

But in good news, Ray White New Zealand has been confirmed as the preferred agent for NZ Block which will see us auction the four homes in September. And congratulations also to Carey Smith for his nomination as a finalist in the 2017 Ernst & Young NZ Entrepreneur of the Year. What a great honour.

Our partners at Loan Market lodged $951 million of loans for approval in July, which was consistent with the prior year. Though loan settlements jumped 10 per cent to $764 million, driven largely by activity in Victoria and New South Wales.

A highlight of our annual calendar occurred during the month when we hosted our third Leadership Academy for our corporate teams and business owners. It was again led by Professor Boris Groysberg of the Harvard Business School. The workshop delivered a world-class education by offering a global perspective on leadership skills and best practice. We were delighted with the overwhelming response from attendees on the impact it had on them and the way they approach their sacred roles as leaders.

As part of the Leadership Academy, surveys were conducted to measure the quality of leadership and performance frameworks inside the businesses of those that attended. Professor Groysberg noted how well the results of our business leaders compared to world-wide service-industry benchmarks. It was a remarkable endorsement for many of our leaders. 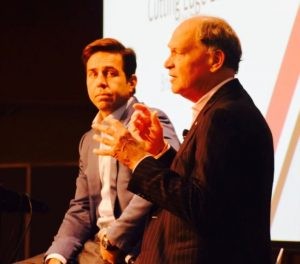 This was followed up by our Cutting Edge conference for business owners who heard about the importance of internal dialogue and external inspiration. Highlights included Megan Jaffe from Remuera speaking to Jason Andrew about the importance of building teams. And Katie Manfield spoke to Mark Beale from Whitsundays (pictured below) about his team’s stellar Customer Experience data and the new recognition status for elites in 2017 for those to embrace the customer experience program. 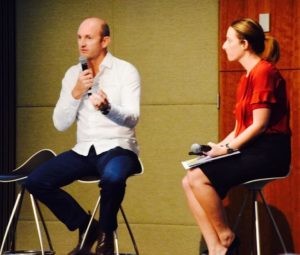 Effective recruitment is always at the heart of our strong growth across the network. And July was a huge month for new business owners. It was great to see John Tymon and John Parkes (pictured above) from Tugan open their second office in Elanora, on the southern end of the Gold Coast. Springwood owners Lindsay Battley and Michael Lanskey also decided to expand next door into Daisy Hill in Brisbane. And there’s been a stylish handover in South Brisbane which saw Ray White veteran Dean Yesberg hand the reins to Luke Croft, (pictured below) and Dean will continue to own Brisbane CBD. 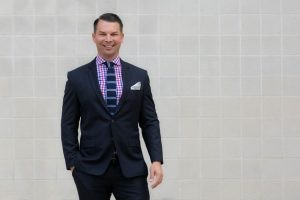 On the Central Coast we welcomed Vanessa Burcul, Ian Boyle and Cathy Burnside (pictured below) who have opened Berkeley Vale. 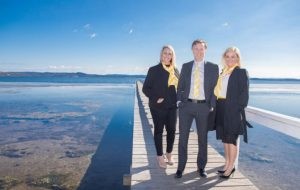 In western Sydney, Phong Nguyen has opened Canley Heights, and we also welcomed a new rural office in Tumbarumba, which is halfway between Sydney and Melbourne, owned by Mellisa Meli, (pictured here). 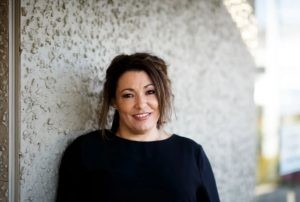 We continue to see increasing engagement from our members with our customer satisfaction program. In July, we received 2,099 surveys from clients rating our service as a 10 or a 9 out of 10, an increase of 850 on the prior period. This is perhaps the best way for us to measure the quality of leadership within our businesses.

Marketing had a busy month and there’s now over 100 rural country lifestyle stock images available for anyone in the network to use if they are marketing an acreage or rural style property. And in terms of media relations we achieved a record $15 million worth of editorial mentions across print, radio, online and TV news nationally.

So we are well underway in the new financial year – it promises to be a fascinating 12 months.

I’m looking forward to our state awards ceremonies which kick off this month, when we have the great privilege of recognising the finest achievements across our network.

Until next month, thank you. I’m Dan White.