March is a month famous in history. The Ides of March was famous in the Roman calendar. It’s now famous in Ray White – a new blistering record of $4.7 billion in unconditional sales highlighted the remarkable strength of the Australiasian property markets that recovered so strongly after the GFC of the late 2000s.

All markets were active. Obviously Sydney was a stand out but the same goes for Melbourne and Auckland. We are claiming “green shoots” in the Western Australian market. 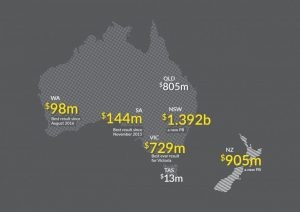 Our March results set a new record for the Group

Rarely a day goes by where there is not headline news of this phenomenon. Recent moves to increase interest rates or make loans on investment properties more difficult will lead to a temporary softening in growth activity, traditionally associated with the winter months. It is so gratifying to see the belief by so many of our citizens in the fundamental wealth of our residential markets being so well rewarded.

Whilst the Asian offshore market remains an important feature. Our early analysis of our March results shows that its relative importance has softened. The recent announcement from the Australian Reserve Bank maintaining interest rates at its recent levels will be strongly supported.

The strength of the current market has opened options for many people to achieve their ambitions e.g. downsizing options for the older generation have been facilitated. There is a lot of movement in the Australiasian communities.

Commercial results came in at $265 million, nicely up on March 2016. The sale of a Balmain investment property for $8,25 million, representing a 5.25% yield by Tim Morrison underlined the strength of the investment market. Development sites seem to be experiencing a strong rebound in interest, reflected in the strong auction sale of a mixed-use development in Thornleigh, by Michael Ajaka and Samuel Hadgelias for $9.5 million.

Our listing activity for March was strong, with more than 7,700 new properties listed for sale throughout the month, a rise of 21% compared to the same time last year.

Our March reporting saw a market share gain of 1.1% in South Australia taking the state’s overall market share to 10.5%. Smaller gains were seen in Melbourne metro (0.5%) and Sydney Blue (0.4%). New Zealand, Melbourne Blue and Queensland all saw a gain of 0.2%.

Our last property investment comment regarding Perth demonstrated that their vacancy rates were in the red zone with great concern for the economic future of the state. The good news is that this has receded somewhat to under 5.5%. In a less than surprising result however, Brisbane has shot past this result and recorded a very high 5.9%. Unlike Perth though, this is a direct result of oversupply in the new apartment sector. New apartment releases for Brisbane are expected to peak in quarter two of this year, with 490 new apartments due to hit the market per month. If oversupply has Brisbane leading the vacancy rate chart now, it is not expected to change anytime this year.

Our partners at Loan Market had a solid month with over $1.1 billion in lodgements and nearly $700 million in settlements.

Our customer feedback continues to show strength with another 1,100 vendors and buyers rating Ray White service a 10 out of 10. Overall, our Net Promoter Score remains steady at positive 78.

The real estate agency industry is being challenged, as with all industries, to respond to the new technologies and new strategies for managing the real estate transfer process. The Ray White Group now has a huge team perfecting and releasing new processes that are facilitating our agents in adding value to their communities. Already, we are benefiting from a number of businesses rebranding to us to take advantage of these programmes.

An exciting event happened recently when one of our previous best offices decided to rejoin the Group realising that this support and structure is necessary to maintain their market leadership position. This office (in Albany, WA) had previously been a star performer for us and left believing that a real estate brand was not necessary for leadership to be maintained in their market. The ever changing marketplace with its many and varied disrupters and challenges require practical solutions. We’re encouraged by reactions like Albany to the ongoing investment we are making. 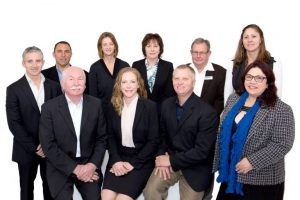 Our New Zealand conference was held in March and was a tremendous success. The two day event included a Property Management Seminar and a one-day conference. Celebrations were held for our Chairman’s Club, Elite and Premier Members. The event finished with New Zealand’s annual recognition evening. Congratulations to Megan Jaffe and the Remuera office who once again took out the New Zealand Office of the Year and to Anton Huang from Ray White Howick who was recognised as the Supreme Salesperson acknowledging an outstanding year of residential property sales. And congratulations to all our award winners 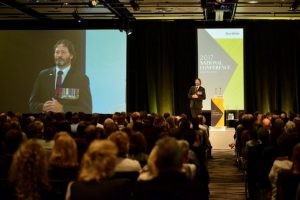 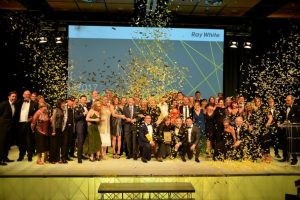 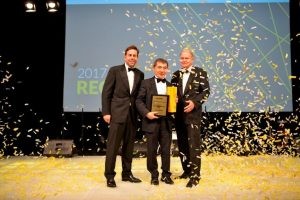 The Ray White brand refresh is due to launch 1 May and will ensure that our brand – at 115 years old – remains contemporary and ahead of the curve.

A huge congratulations to the Ray White Belconnen team who were named Medium Agency of the Year at the 2017 Real Estate Institute of Australia awards. A very well deserved accolade for Ben Faulks and his team. 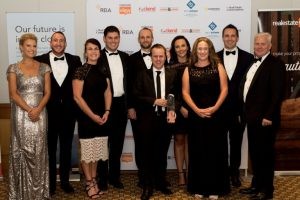 As always we welcome new offices to the Group. In NSW, a new business has opened in Figtree. In Queensland, we see new leadership come into our Kriwan agency. In Rural, a new operation has launched in Boorowa, NSW. In New Zealand, Ray White Timaru, has relocated to its new state-of-the-art premises and we also introduce a new business to the NorthWest Centre in Auckland.