What Happened To The Markets In June ?

It’s been a wonderful month for Group recognition.
First, Ray White has been recognised in EY’s Top 50 Global Family Business Index for 2016. It was an honour to be included with so many famous global family businesses. The prestigious Family Business Summit is now a key component of the EY Entrepreneur of the Year conference and awards held annually in Monaco. What is particularly impressive is the list of the other 49 family businesses that have been included in the EY’s Top 50 Global Family Business Index. 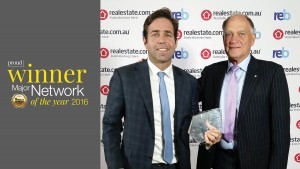 REB Win
And following straight after, Ray White was declared the Major Network of the Year in Australia at the 2016 Real Estate Business awards.

There is so much intention by the White family to keep developing the Group in its increasingly broad areas of endeavour. As announced in our May report, our Ray White Harvard Management Academy led by Professor Boris Groysberg has had strong take up from our business owners and will be held in July. Boris’ focus on leadership skills works perfectly with our business owners. It is the intention of the Group to not only provide a first class brand, but to be instrumental in challenging our business owners and salespeople in ways that will improve their success.

Testament to our determination to deliver more to our people, Loan Market was honoured to be named Innovator of the Year at the Australian Broking Awards, June 2016.

Over to the market……

The real estate industry does not like elections! If we need to have elections – the shorter the campaign period the better! Certainly not 8 weeks. This impacted on the entire Australian market with Ray White’s results in each state being lower than last year. Nevertheless, NZ had a huge month recording $829m, 20% greater than last year, giving further depth to the federal impact in Australia.

Our partners at Loan Market lodged over $1 billion in loans, settling just shy of $800 million. Victoria was our frontrunner, with more than $250 million in settlements.

In our Ray White commercial division, the overall figure of $202m was solid but not as strong as previous months. Certainly the market is becoming more challenging due to a continued tightening of the finance market with global and local political uncertainty. The Ray White Projects team had another successful month. New development Union Place, boasting 89 apartments in Janali, NSW, sold 40% of the apartments over the launch weekend and is set for completion early 2018. The penthouse was sold in conjunction with Ray White Sutherland.

The Projects team was also appointed to sell House and Land in Werrington, NSW by Poly, one of China’s largest developers – launching in August 2016. 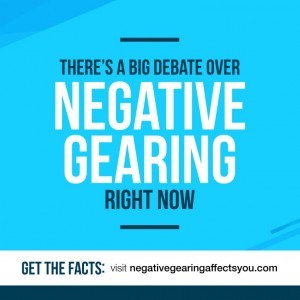 Another factor in the Australian results could have come about through the negative gearing reversal that was part of the ALP platform. Ray White joined with the other major real estate groups including the real estate institutes in expressing the message that such a policy will result in lower prices. We ask the question “why take this risk when property values have such an impact upon the moral of Australian families”. The website negativegearingaffectsyou.com and local area marketing tools were initiated.

Our Cutting Edge conference in July will release a number of new technology products and processes which will help to deepen the efficiency of our businesses and our salespeople. It remains our ambition that our people see value in the backup and leadership services we offer within the Ray White brand.

The Customer Satisfaction Programme continues to expand with the launch of a new survey to all of Ray White’s buyers. We’ve been measuring our vendor satisfaction ratings for well over two years. Early results have been fantastic and we will have a deeper report for our next White Paper. 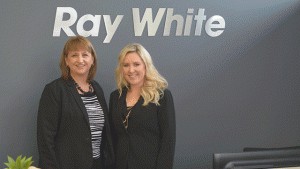 Brian and Dan White are currently in China with some exciting announcements being finalised – all designed to bring greater relevance and value from our Group to our client base.

In New Zealand, over 1,000 members from 87 Ray White offices banded together to support the Ronald McDonald House National Appeal Day. A total of over $170,000 was raised of which Ray White members collected over $36,000.

Back in Australia, Dan White braved the cold at the 2016 Vinnies CEO to drive awareness and raise much needed funds for the 105,000 Australians who sleep rough every night.